Following the Cuban government’s response to protests across the country, the United States government is evaluating options available to restore communications services to the island nation. Internet service is currently suspended throughout Cuba, and some amateur radio frequencies are even jammed in Florida, preventing even rudimentary communications with the island.

In an attempt to remedy the situation and reestablish communications networks in the one-party socialist republic, some United States government officials have proposed launching sophisticated high-altitude balloons manufactured by Raven Aerostar over Cuba for provide wireless internet access from above. While the plan sounds good on paper, some doubts remain about its effectiveness.

the protests in Cuba began earlier this month in response to widespread shortages of food and other vital resources like medical treatment. According to some observers, many protesters believe that the Cuban government has invested too much in tourism while overtaxing the general population and dealing with foreign investment rather than supporting the national economy.

Cuba has not seen widespread public protests for over 60 years, with the exception of a few state-organized protests, as a challenge of this nature is illegal in Cuba. Some protesters are now facing up to 20 years in prison for their participation. The Cuban government, meanwhile, blamed the protests on US-sponsored counterrevolutionaries.

Images of demonstrators beaten or detained by the police painted a gruesome picture of the Cuban government’s response to the protests, but it can be difficult to get definitive information on what’s going on in Cuba due to the fact that communication with the island is so limited. The Cuban government has even been accused of share fake news immediately after reports of the protests began to spread.

According to a white paper 2017 published by the nonprofit Freedom House, Cuba has “the most repressive media environment” and “the most restrictive laws on freedom of speech and of the press” in the Americas. Freedom House notes that although there is a growing number of independent media outlets on the island, the Cuban government severely restricts information entering and leaving the country:

Government publications are issued irregularly and their reports often lack details considered “sensitive”. Journalists must receive permission from the relevant government department to access press conferences and other information; freelance journalists are generally denied this access.

The Communist Party of Cuba (CPC) censors the official media through its Department of Ideology, formerly known as the Department of Revolutionary Orientation. Editors and journalists are responsible for adhering to the department’s ‘thematic plan’, which details what topics to cover and how to cover them. Some pro-government independent journalists stay within the guidelines, while some critics try to dance around them and others ignore them and risk the consequences.

Internet service, meanwhile, is said to be expensive and relatively new in Cuba, at least among the general public. While the Associated press claims that more than half of Cubans now have access to the Internet, the Cuban government owns the national telecommunications service and restricts and strongly censors the access of the Cuban people.

In response to the Cuban government’s restriction of internet access following the protests, some members of the US government are considering using high-altitude balloons to provide Cuban residents with some form of internet service. Florida Senator Marco Rubio recently called on President Joe Biden to “immediately authorize and allocate funds to provide emergency Internet connectivity for Cuba through Internet coverage provided by balloon.”

According to Politics, FCC Commissioner Brendan Carr said the high altitude balloons manufactured by Raven Aerostar are “proven technology” that could be deployed just 20 miles north from Cuba in international waters, 70 miles south of Key West. Carr mentioned two other instances in which Raven balloons were used to provide internet service in an operational manner, one in remote areas of Kenya, and another in Puerto Rico after Hurricane Maria in 2017.

Raven previously worked with Alphabet, Google’s parent company, on the Loon Project, balloon making used in Loon’s technology tests to provide high-speed Internet access to rural or disaster-stricken areas. That effort ended in January, but Raven Aerostar still manufactures high-tech balloons for a number of different applications. Earlier this year, Raven’s balloons appeared off both coasts of the United States, sometimes hovering in the same general area, even against prevailing winds, for long periods of time varying their altitude in order to take advantage of variations in the winds. According to some estimates, the balloons can stay in the station for up to 30 days.

The Department of Defense has been a major partner in some of Raven Aerostar’s activities. Naval Sea Systems Command awarded balloon manufacturers a five-year contract in 2020 to develop unmanned systems, and Raven engineers have already been recognized by the Naval Air Warfare Center for their work in high altitude surveillance platforms in Afghanistan. United States Southern Command (SOUTHCOM) sponsored the development similar Raven Aerostar platforms for use in counter narcotics and disaster relief operations, which have been tested in the US Midwest.

In addition to serving as communication nodes as has been suggested in Cuba, balloons can also carry a wide variety of advanced radar sensors, electronic intelligence systems, electronic warfare packages, optical payloads, and more. Multiple Raven balloons can implement advanced networking capabilities with each other and can remain at high altitudes beyond the range of many anti-aircraft systems. While some of these capabilities can be offered by satellites, balloon launches are exponentially less expensive and can be carried out much faster. They also have much better persistence than many satellites, especially those in low earth orbit. You can read all about these revolutionary balloon systems and their applications in this previous feature of ours.

This current case in Cuba, however, is different from previous deployments of Raven balloons to provide internet services, as it would be a direct response to the actions of a foreign government against its own people. â€œThe first move brutal dictators around the world are doing is shutting down the internet to block messaging apps, because what communist dictators like the least is the bright light of international attention, the eyes of the world, see what’s going on inside their diet. “said FCC Commissioner Carr at a press conference with Florida Governor Ron DeSantis and US Representatives MarÃ­a Elvira Salazar and Carlos GimÃ©nez. Salazar added that â€œWe are not talking about Netflix quality video; we’re just talking about the ability to lift the videos that show how they are beaten on the street.

Meanwhile, an anonymous Biden administration official Told The Washington Post that the White House “will actively work with the private sector to identify creative ways to ensure that the Cuban people have access to the free flow of information on the Internet”, but did not elaborate further. Telecommunications experts told the outlet that providing an unlicensed network in Cuba would violate international law.

Despite the fact that the FCC commissioner thinks the idea of â€‹â€‹sending balloons to restore some form of internet service to Cuba is a good one, some have questioned the effectiveness of such a plan. An internet services consultant told the Washington post that the idea was a “Hollywood scenario”. Speaking to Associated press, satellite communications consultant Tim Farrar claims that such a network of balloons would be insufficient to provide the entire island nation with Internet coverage. In addition, any wireless internet service provided by the balloons would require a sufficiently large unused section of the radio frequency spectrum and ultimately be subject to the Cuban government’s jamming efforts.

It has previously been reported that the Cuban government is actively jamming the amateur radio frequencies used to communicate with operators in Florida. Cuban-exiled amateur radio operator Alex Valladares posted a video on YouTube demonstrating what he claims to be “malicious interference” on a wide band of radio frequencies.

In addition, several amateur radio operators have stated IEEE spectrum that they believe a “coordinated jamming effort“is underway. Meanwhile, the American Radio Relay League, which calls itself” the national association for amateur radio, “said” there is no proven link between the jamming and the protests because the evidence was circumstantial. “Nevertheless, The Federal Communications Commission (FCC) made a statement to Motherboard stating that it “assesses these reports in conjunction with our field agents and communicates with the State Department as this issue evolves.” Cuba would have a long history with radio frequency interference in Florida. If this information is true, it would appear that the Cuban government is trying to restrict even the most basic forms of communication from the island.

While the debate over whether the United States will send Raven Aerostar balloons near the island nation is still ongoing, these balloons could end up being the right technology available at the right time to bypass the suppression of information by dictatorships during repression or a major crisis. . If they are used in Cuba, it could at least serve as a test of their usefulness and could provide a better understanding of how to use them in similar circumstances in the future. 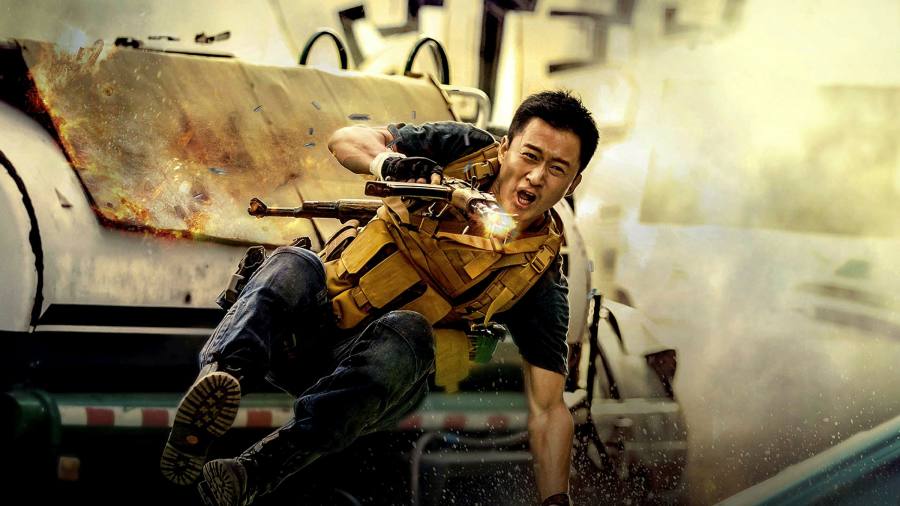 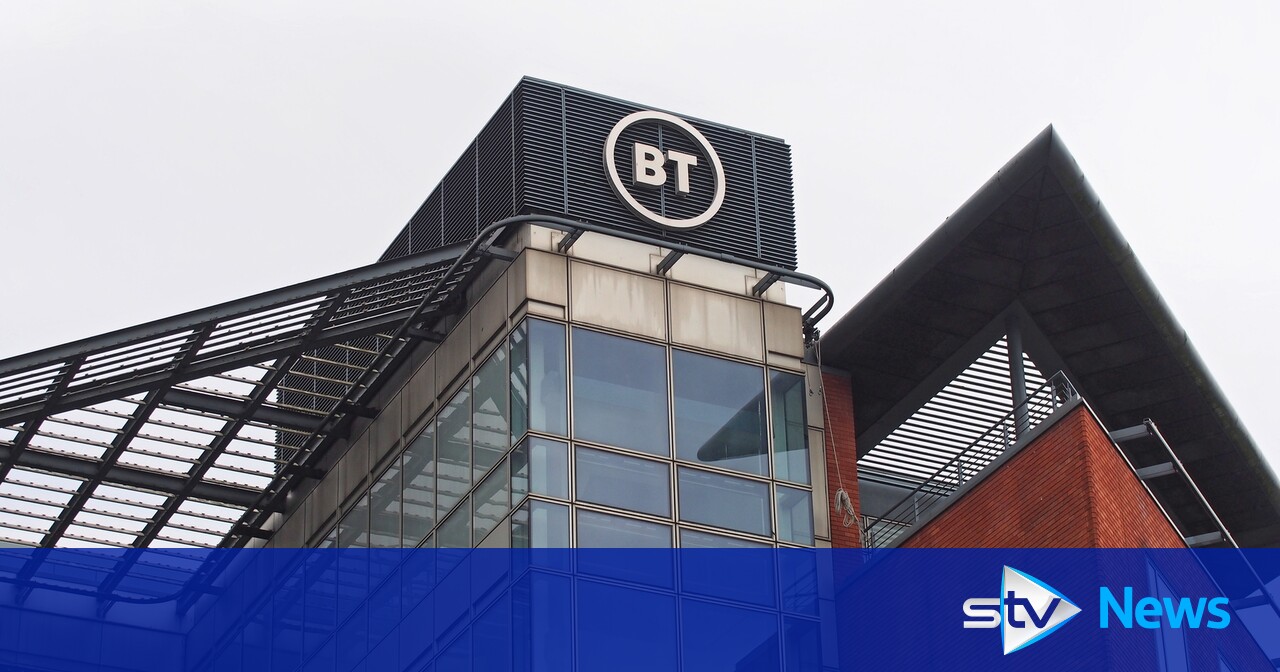 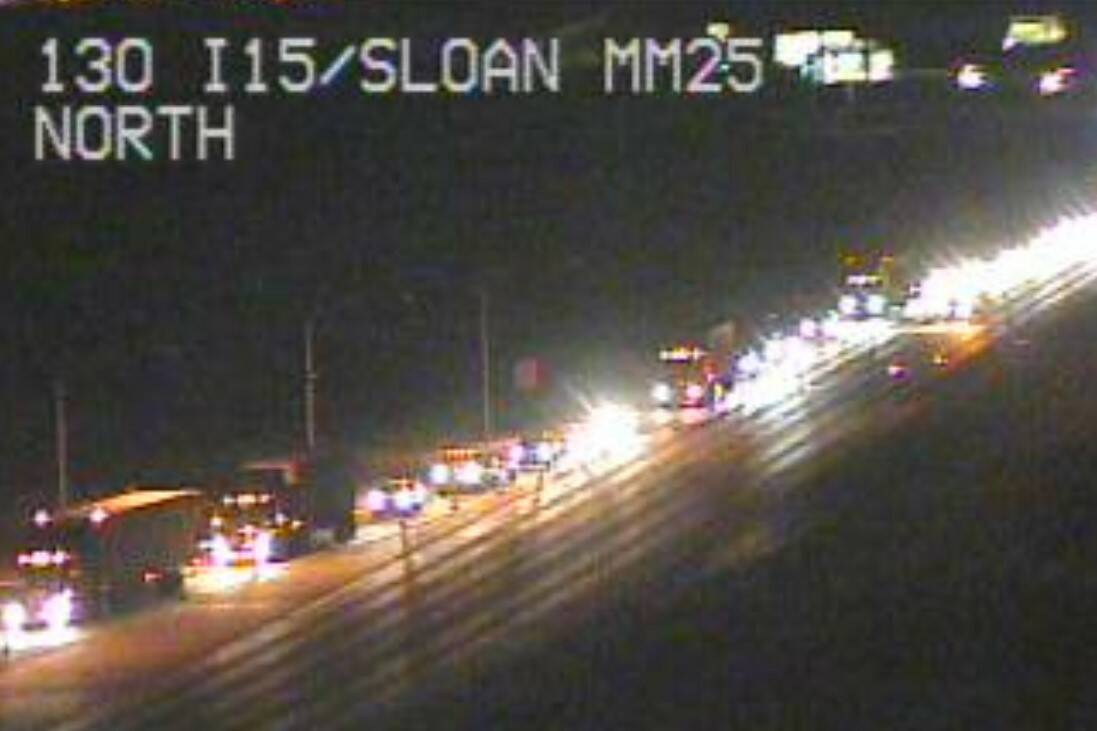 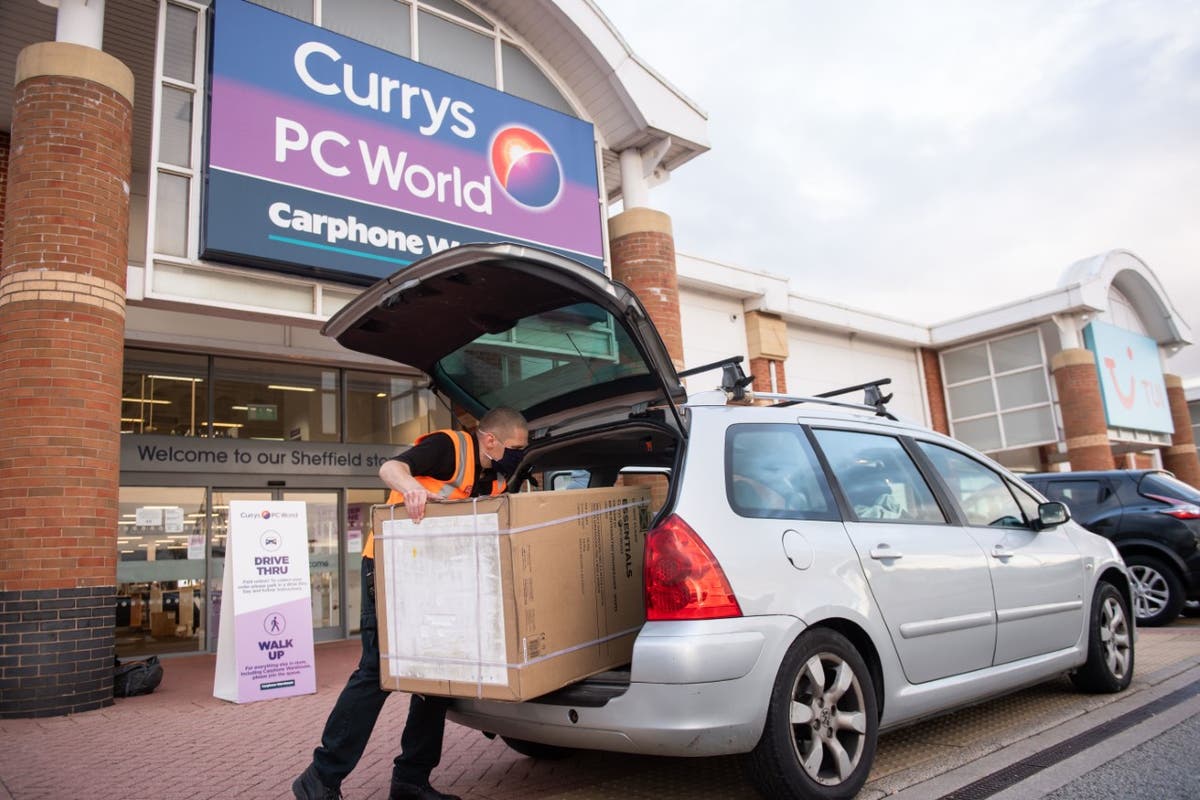 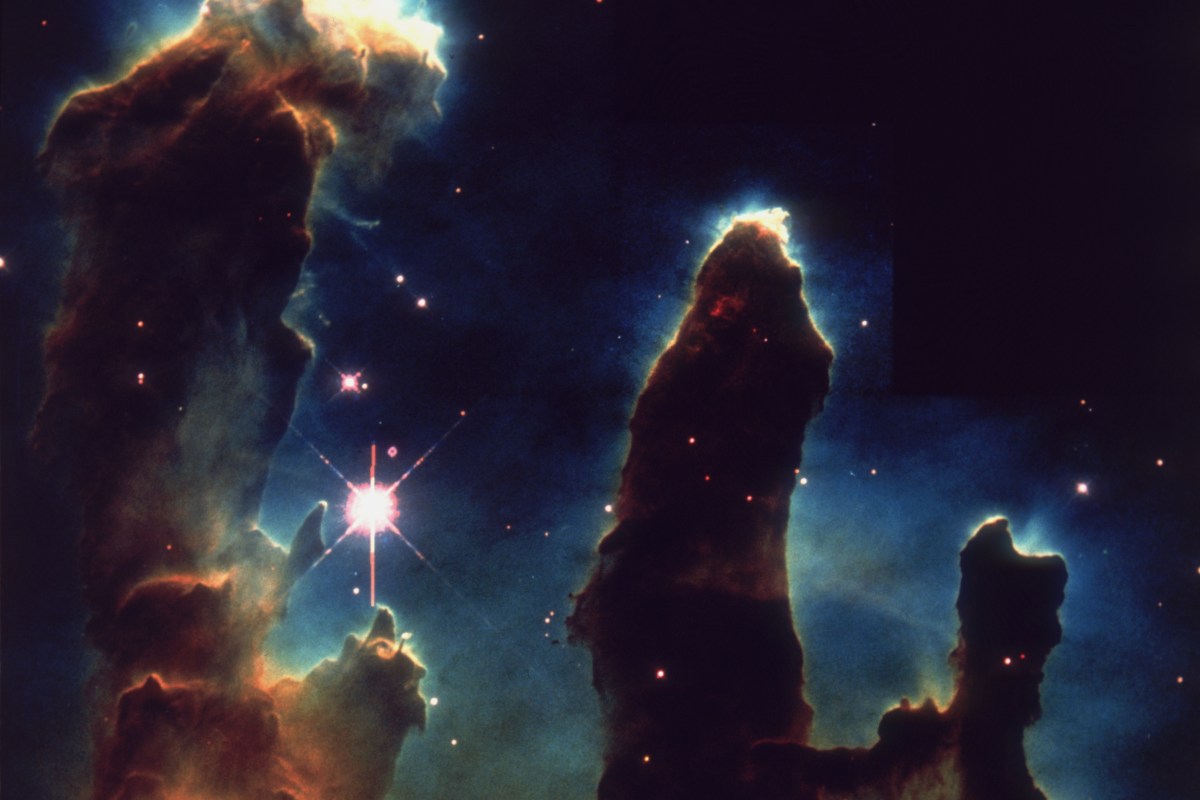