WASHINGTON – Communications satellite operator SES announced on August 1 that it has completed the acquisition of DRS Global Enterprise Solutions, an acquired company of Leonardo DRS for 450 million dollars.

DRS GES will be part of SES Government Solutions, based in Reston, Virginia. The acquisition was announcement in March.

Prior to being sold to SES, DRS GES was a business unit of defense contractor Leonardo DRS and one of the few network integrators providing managed satellite communications services to the Department of Defense and other government agencies. The Pentagon relies on integrators to assemble the networks of several suppliers.

SES, headquartered in Luxembourg, operates a fleet of more than 70 geosynchronous and medium-earth orbit satellites.

The company plans to leverage DRS’s customer base to expand its defense and government business in the United States. SES said it plans to meet the “U.S. government’s multi-orbit satellite communications needs and support missions anywhere on land, at sea or in the air.”

Following the acquisition, US Government is expected to become “SES’s largest data business segment by revenue,” the company said.

DRS as an integrator was vendor independent and provided satellite communication services from several satellite operators in geostationary, medium and low Earth orbit. SES said the new venture will offer “multi-carrier network solutions”, but will focus particularly on the upcoming SES launch. O3b mPower constellation that the company designed with military and government customers in mind.

As required for US government and foreign parent-owned defense contractors, the combined businesses of SES and DRS will operate under the direction of the SES GS Board of Directors.

The combined company is led by former DRS senior vice president David Fields, who took office on August 1. He succeeds Pete Hoene as President and CEO of SES Government Solutions. Hoene is retiring after 11 years with the company.

Billy Bingham, a retired US Air Force brigadier general, has been named chairman of the SES GS proxy board. 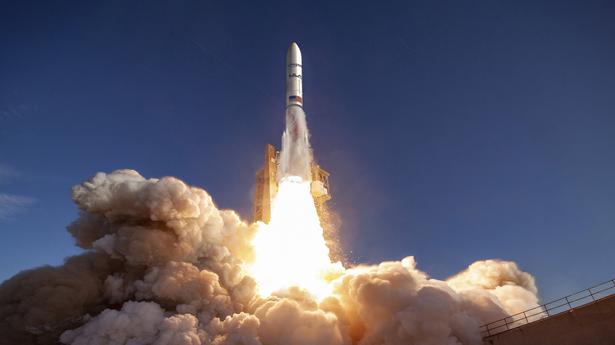